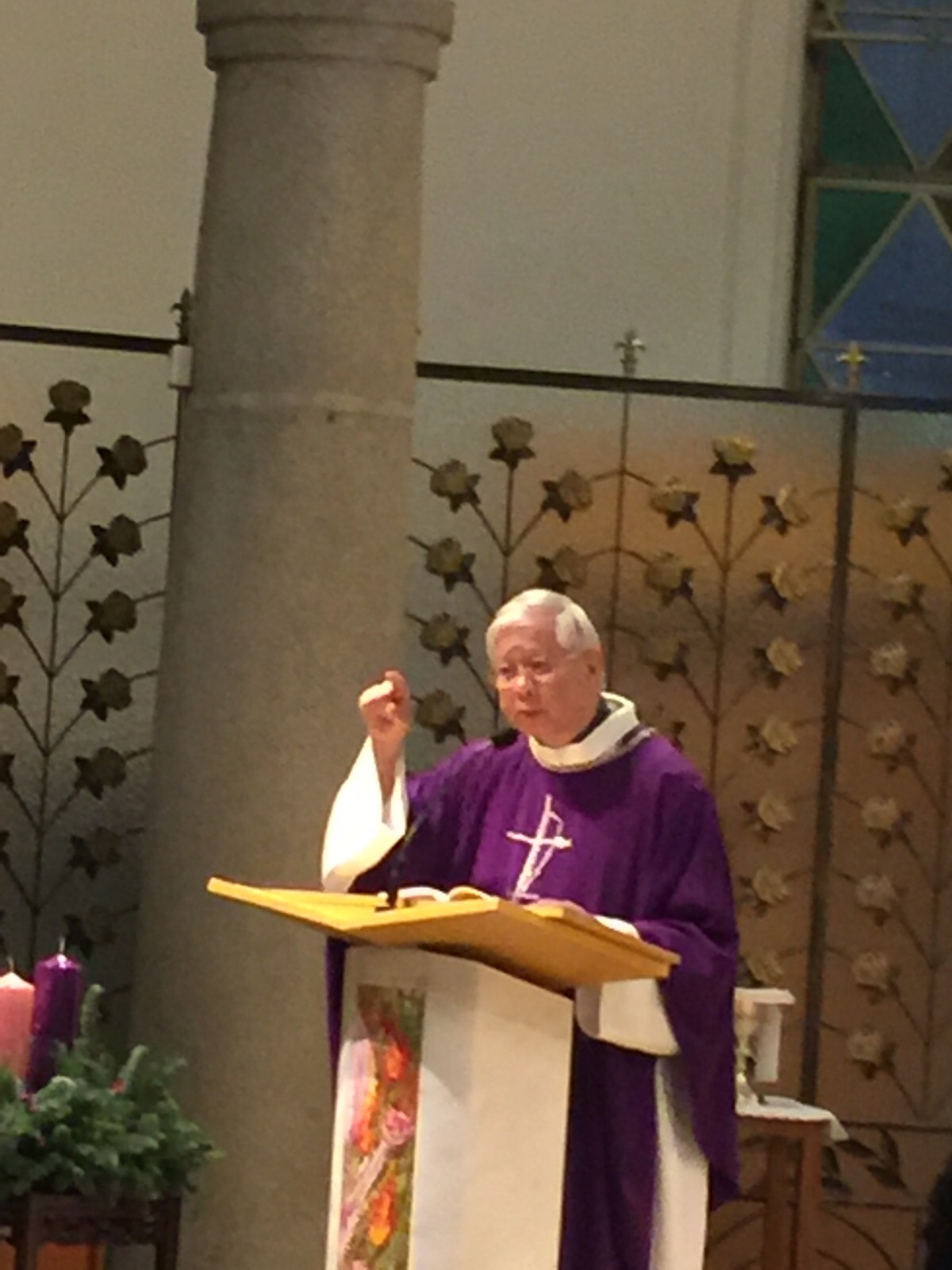 A Reading from the Holy Gospel according to Luke 1:5-25

In the days of Herod, King of Judea, there was a priest named Zechariah of the priestly division of Abijah; his wife was from the daughters of Aaron, and her name was Elizabeth. Both were righteous in the eyes of God, observing all the commandments and ordinances of the Lord blamelessly. But they had no child, because Elizabeth was barren and both were advanced in years.
Once when he was serving as priest in his division’s turn before God, according to the practice of the priestly service, he was chosen by lot to enter the sanctuary of the Lord to burn incense. Then, when the whole assembly of the people was praying outside at the hour of the incense offering, the angel of the Lord appeared to him, standing at the right of the altar of incense. Zechariah was troubled by what he saw, and fear came upon him.
But the angel said to him, “Do not be afraid, Zechariah, because your prayer has been heard. Your wife Elizabeth will bear you a son, and you shall name him John. And you will have joy and gladness, and many will rejoice at his birth, for he will be great in the sight of the Lord. He will drink neither wine nor strong drink. He will be filled with the Holy Spirit even from his mother’s womb, and he will turn many of the children of Israel to the Lord their God. He will go before him in the spirit and power of Elijah to turn the hearts of fathers toward children and the disobedient to the understanding of the righteous, to prepare a people fit for the Lord.”
Then Zechariah said to the angel, “How shall I know this? For I am an old man, and my wife is advanced in years.” And the angel said to him in reply, “I am Gabriel, who stand before God. I was sent to speak to you and to announce to you this good news. But now you will be speechless and unable to talk until the day these things take place, because you did not believe my words, which will be fulfilled at their proper time.” Meanwhile the people were waiting for Zechariah and were amazed that he stayed so long in the sanctuary. But when he came out, he was unable to speak to them, and they realized that he had seen a vision in the sanctuary. He was gesturing to them but remained mute.
Then, when his days of ministry were completed, he went home.
After this time his wife Elizabeth conceived, and she went into seclusion for five months, saying, “So has the Lord done for me at a time when he has seen fit to take away my disgrace before others.” 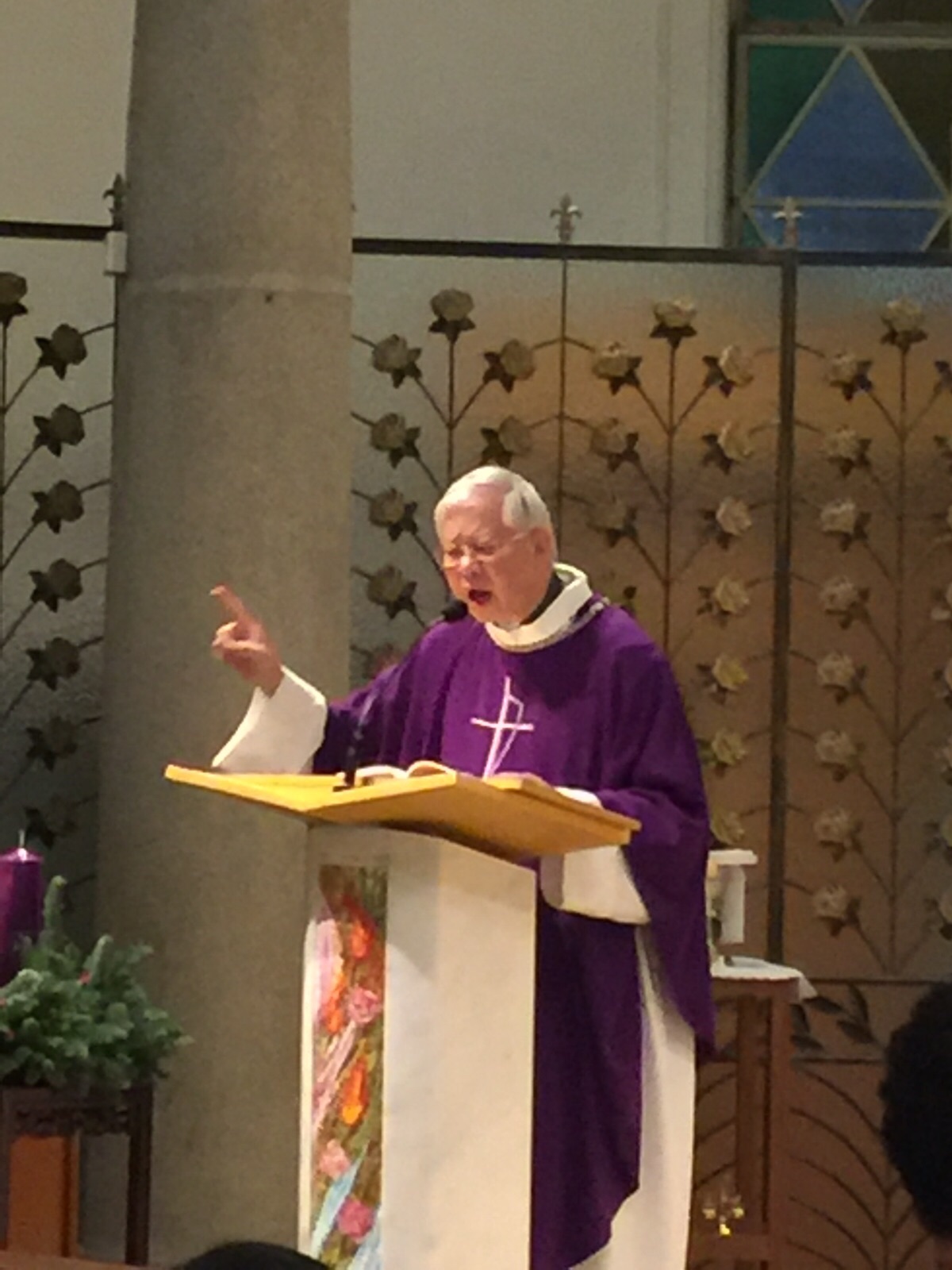 A Reading from the Holy Gospel according to Matthew 1:18-24

This is how the birth of Jesus Christ came about. When his mother Mary was betrothed to Joseph, but before they lived together, she was found with child through the Holy Spirit. Joseph her husband, since he was a righteous man, yet unwilling to expose her to shame, decided to divorce her quietly. Such was his intention when, behold, the angel of the Lord appeared to him in a dream and said, “Joseph, son of David, do not be afraid to take Mary your wife into your home. For it is through the Holy Spirit that this child has been conceived in her. She will bear a son and you are to name him Jesus, because he will save his people from their sins.” All this took place to fulfill what the Lord had said through the prophet:
Behold, the virgin shall be with child and bear a son, and they shall name him Emmanuel,
which means “God is with us.” When Joseph awoke, he did as the angel of the Lord had commanded him and took his wife into his home.