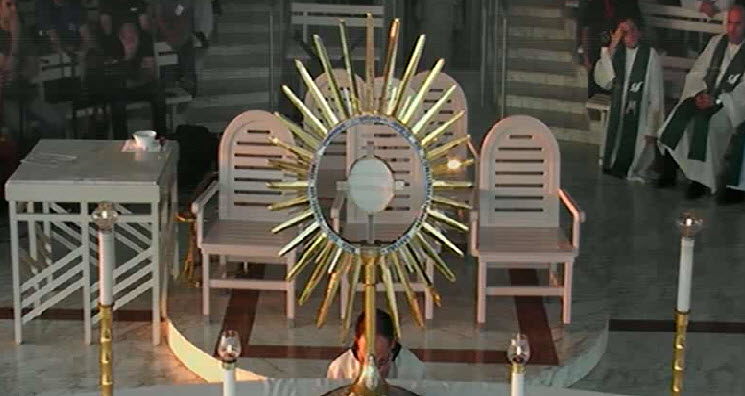 A Reading from the Holy Gospel according to Matthew 10:1-7

1 And he called to him his twelve disciples and gave them authority over unclean spirits, to cast them out, and to heal every disease and every infirmity. 2 The names of the twelve apostles are these: first, Simon, who is called Peter, and Andrew his brother; James the son of Zeb’edee, and John his brother; 3 Philip and Bartholomew; Thomas and Matthew the tax collector; James the son of Alphaeus, and Thaddaeus; 4 Simon the Cananaean, and Judas Iscariot, who betrayed him. 5 These twelve Jesus sent out, charging them, “Go nowhere among the Gentiles, and enter no town of the Samaritans, 6 but go rather to the lost sheep of the house of Israel. 7 And preach as you go, saying, `The kingdom of heaven is at hand.’

A Reading from the Holy Gospel according to Matthew 9:32-38

32 As they were going away, behold, a dumb demoniac was brought to him.33 And when the demon had been cast out, the dumb man spoke; and the crowds marveled, saying, “Never was anything like this seen in Israel.” 34 But the Pharisees said, “He casts out demons by the prince of demons.” 35 And Jesus went about all the cities and villages, teaching in their synagogues and preaching the gospel of the kingdom, and healing every disease and every infirmity. 36 When he saw the crowds, he had compassion for them, because they were harassed and helpless, like sheep without a shepherd. 37 Then he said to his disciples, “The harvest is plentiful, but the laborers are few; 38 pray therefore the Lord of the harvest to send out laborers into his harvest.”