31 And he went down to Capernaum, a city of Galilee. And he was teaching them on the Sabbath; 32 and they were astonished at his teaching, for his word was with authority. 33 And in the synagogue there was a man who had the spirit of an unclean demon; and he cried out with a loud voice, 34 “Ah! What have you to do with us, Jesus of Nazareth? Have you come to destroy us? I know who you are, the Holy One of God.” 35 But Jesus rebuked him, saying, “Be silent, and come out of him!” And when the demon had thrown him down in the midst, he came out of him, having done him no harm. 36 And they were all amazed and said to one another, “What is this word? For with authority and power he commands the unclean spirits, and they come out.” 37 And reports of him went out into every place in the surrounding region.

16 And he came to Nazareth, where he had been brought up; and he went to the synagogue, as his custom was, on the Sabbath day. And he stood up to read; 17 and there was given to him the book of the prophet Isaiah. He opened the book and found the place where it was written, 18 “The Spirit of the Lord is upon me, because he has anointed me to preach good news to the poor. He has sent me to proclaim release to the captives and recovering of sight to the blind, to set at liberty those who are oppressed, 19 to proclaim the acceptable year of the Lord.” 20 And he closed the book, and gave it back to the attendant, and sat down; and the eyes of all in the synagogue were fixed on him. 21 And he began to say to them, “Today this scripture has been fulfilled in your hearing.” 22 And all spoke well of him, and wondered at the gracious words which proceeded out of his mouth; and they said, “Is not this Joseph’s son?”
23 And he said to them, “Doubtless you will quote to me this proverb, `Physician, heal yourself; what we have heard you did at Capernaum, do here also in your own country.'” 24 And he said, “Truly, I say to you, no prophet is acceptable in his own country. 25 But in truth, I tell you, there were many widows in Israel in the days of Elijah, when the heaven was shut up three years and six months, when there came a great famine over all the land; 26 and Elijah was sent to none of them but only to Zarephath, in the land of Sidon, to a woman who was a widow. 27 And there were many lepers in Israel in the time of the prophet Elisha; and none of them was cleansed, but only Naaman the Syrian.” 28 When they heard this, all in the synagogue were filled with wrath. 29 And they rose up and put him out of the city, and led him to the brow of the hill on which their city was built, that they might throw him down headlong. 30 But passing through the midst of them he went away.

1 Now when the Pharisees gathered together to him, with some of the scribes, who had come from Jerusalem, 2 they saw that some of his disciples ate with hands defiled, that is, unwashed. 3 (For the Pharisees, and all the Jews, do not eat unless they wash their hands, observing the tradition of the elders; 4 and when they come from the market place, they do not eat unless they purify themselves; and there are many other traditions which they observe, the washing of cups and pots and vessels of bronze.) 5 And the Pharisees and the scribes asked him, “Why do your disciples not live according to the tradition of the elders, but eat with hands defiled?” 6 And he said to them, “Well did Isaiah prophesy of you hypocrites, as it is written, `This people honors me with their lips, but their heart is far from me; 7 in vain do they worship me, teaching as doctrines the precepts of men.’ 8 You leave the commandment of God, and hold fast the tradition of men.”
14 And he called the people to him again, and said to them, “Hear me, all of you, and understand: 15 there is nothing outside a man which by going into him can defile him; but the things which come out of a man are what defile him.”21 For from within, out of the heart of man, come evil thoughts, fornication, theft, murder, adultery, 22 coveting, wickedness, deceit, licentiousness, envy, slander, pride, foolishness. 23 All these evil things come from within, and they defile a man.” 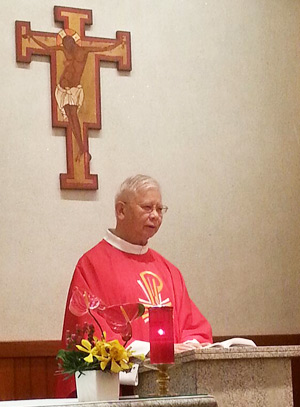 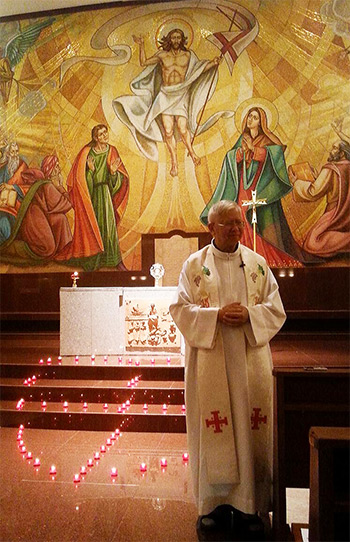 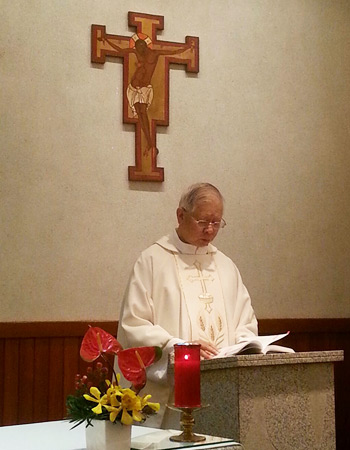 (Memorial of Saint Augustine, Bishop and Doctor of the Church)

A Reading from the Holy Gospel according to Matthew 25:1-13

1 “Then the kingdom of heaven shall be compared to ten maidens who took their lamps and went to meet the bridegroom. 2 Five of them were foolish, and five were wise. 3 For when the foolish took their lamps, they took no oil with them; 4 but the wise took flasks of oil with their lamps. 5 As the bridegroom was delayed, they all slumbered and slept. 6 But at midnight there was a cry, `Behold, the bridegroom! Come out to meet him.’ 7 Then all those maidens rose and trimmed their lamps. 8 And the foolish said to the wise, `Give us some of your oil, for our lamps are going out.’ 9 But the wise replied, `Perhaps there will not be enough for us and for you; go rather to the dealers and buy for yourselves.’ 10 And while they went to buy, the bridegroom came, and those who were ready went in with him to the marriage feast; and the door was shut. 11 Afterward the other maidens came also, saying, `Lord, lord, open to us.’ 12 But he replied, `Truly, I say to you, I do not know you.’ 13 Watch therefore, for you know neither the day nor the hour.”