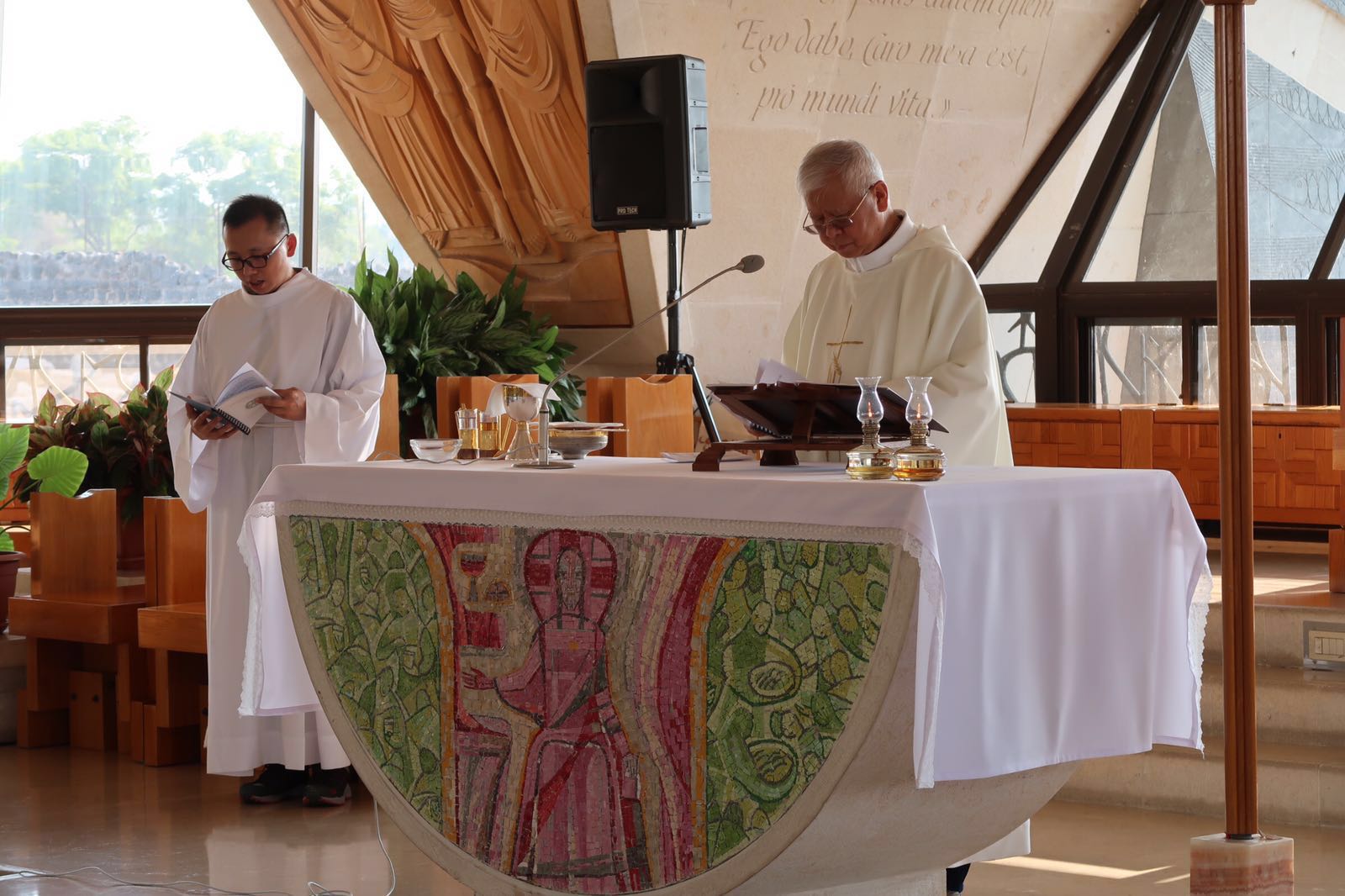 (Pray for the Pope – Monday at Capernaum)

A Reading from the Holy Gospel according to Matthew 16:13-19

When Jesus went into the region of Caesarea Philippi he asked his disciples, “Who do people say that the Son of Man is?” They replied, “Some say John the Baptist, others Elijah, still others Jeremiah or one of the prophets.” He said to them, “But who do you say that I am?” Simon Peter said in reply, “You are the Messiah, the Son of the living God.” Jesus said to him in reply, “Blessed are you, Simon son of Jonah. For flesh and blood has not revealed this to you, but my heavenly Father. And so I say to you, you are Peter, and upon this rock I will build my church, and the gates of the netherworld shall not prevail against it. I will give you the keys to the kingdom of heaven.* Whatever you bind on earth shall be bound in heaven; and whatever you loose on earth shall be loosed in heaven.” 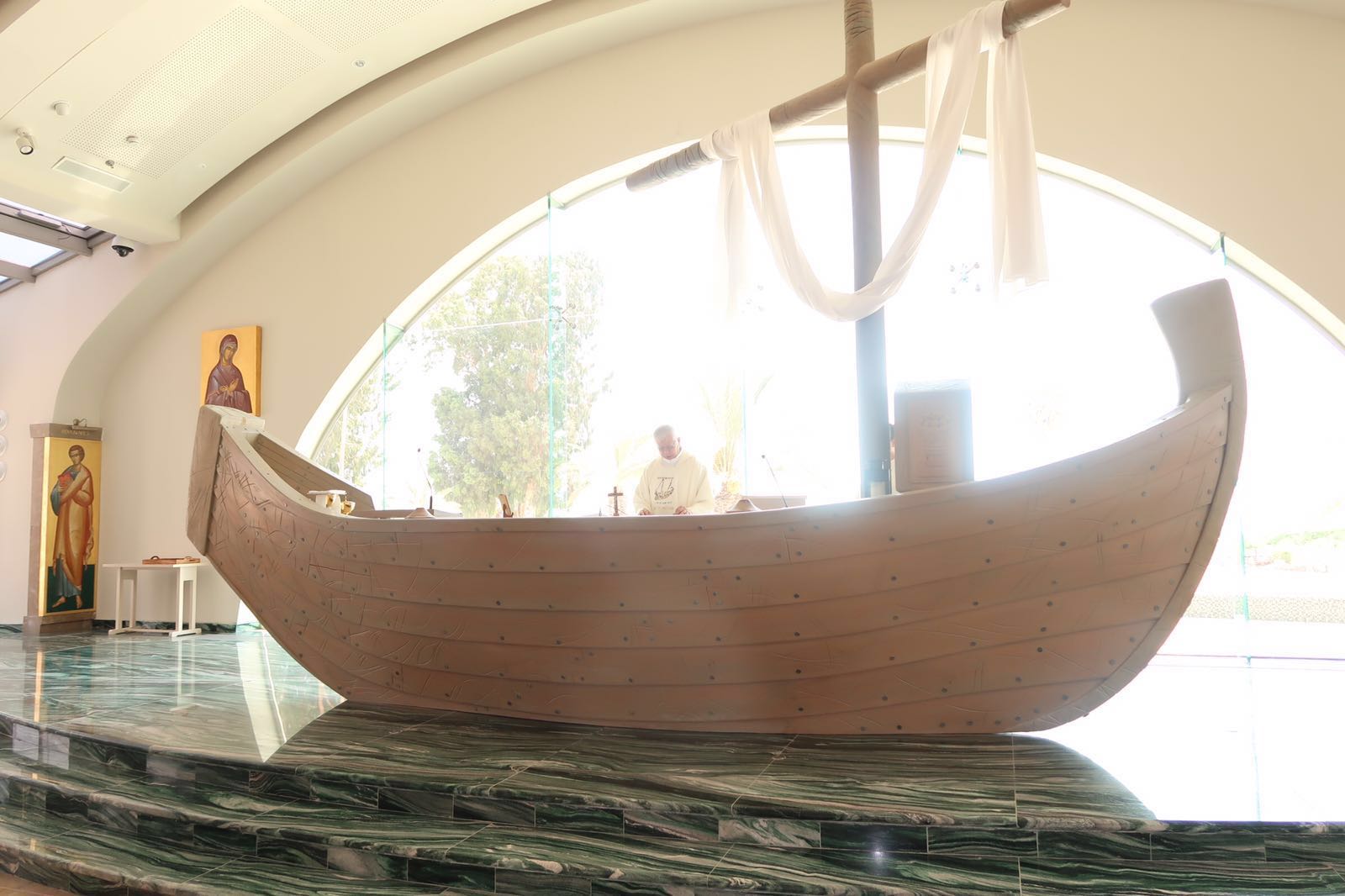 A Reading from the Holy Gospel according to Matthew 14:22-33

After he had fed the people, Jesus made the disciples get into a boat and precede him to the other side, while he dismissed the crowds. After doing so, he went up on the mountain by himself to pray. When it was evening he was there alone. Meanwhile the boat, already a few miles offshore, was being tossed about by the waves, for the wind was against it. During the fourth watch of the night, he came toward them walking on the sea. When the disciples saw him walking on the sea they were terrified. “It is a ghost,” they said, and they cried out in fear. At once Jesus spoke to them, “Take courage, it is I; do not be afraid.” Peter said to him in reply, “Lord, if it is you, command me to come to you on the water.” He said, “Come.” Peter got out of the boat and began to walk on the water toward Jesus. But when he saw how strong the wind was he became frightened; and, beginning to sink, he cried out, “Lord, save me!” Immediately Jesus stretched out his hand and caught Peter, and said to him, “O you of little faith, why did you doubt?” After they got into the boat, the wind died down. Those who were in the boat did him homage, saying, “Truly, you are the Son of God.”