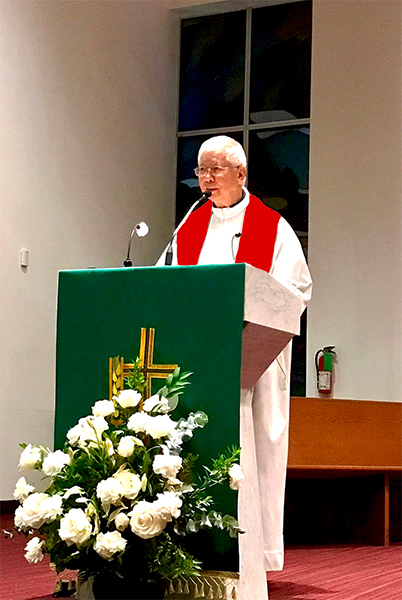 A Reading from the Holy Gospel according to John 1:45-51

Philip found Nathanael and told him, “We have found the one about whom Moses wrote in the law, and also the prophets, Jesus son of Joseph, from Nazareth.” But Nathanael said to him, “Can anything good come from Nazareth?” Philip said to him, “Come and see.” Jesus saw Nathanael coming toward him and said of him, “Here is a true child of Israel. There is no duplicity in him.” Nathanael said to him, “How do you know me?” Jesus answered and said to him, “Before Philip called you, I saw you under the fig tree.” Nathanael answered him, “Rabbi, you are the Son of God; you are the King of Israel.” Jesus answered and said to him, “Do you believe because I told you that I saw you under the fig tree? You will see greater things than this.” And he said to him, “Amen, amen, I say to you, you will see heaven opened and the angels of God ascending and descending on the Son of Man.”